Getting to the Source of the Problem

Many years ago, I was with my parents at their summer vacation home along with a good friend. I was probably about 13 years old. That’s the age where even when you may be smart enough to know better, you’re not wise enough to do better.

They had a wooden row boat. As I said, this was a long time ago before fiberglass boats. Said boat was for a lake that was 90 feet deep in the center. The boat leaked. That would be lake water leaking into the boat, thereby creating a sinking feeling. 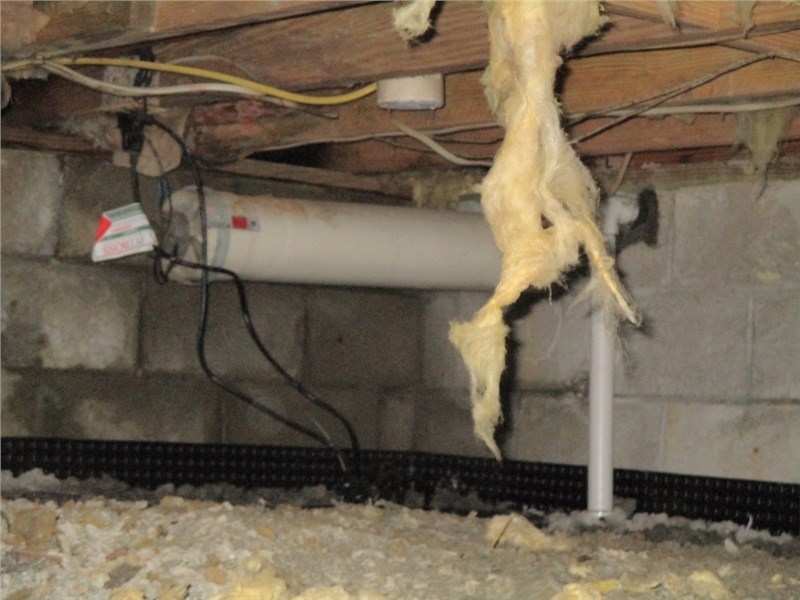 My equally pubescent and inventive friend figured my parents ban on our using the leaking boat didn’t apply because we had a cup to bail out the lake water leaking into the boat.

We had a lovely time on that lake. Bail a little, row a little, watch the young ladies on water skis a little. We went back to the cottage and proudly told my mother about how we solved the big problem of the leaking boat. By the way, she was of the both know better and do better persuasion. She asked to see the cup. It was a very thin, tiny Dixy paper cup that we used. Her next question was: So what would you have done if the paper cup broke (oooohhhh, uuhhhh, ummmm, oopps? was my answer)

Guess what at that point I realized that the REAL solution would have been to fix the leak in the boat.

That brings us to the picture of the moldy crawlspace above. I bet you thought I would not get to that subject, but the row boat story applies.

LOOK AT THE WET BLOCK! Even if you are not a building expert, you can plainly see that water is still leaking into the area. The outside downspout and discharge pipe from the sump pump were leaking back into the crawlspace. The concrete patio was draining in toward the wall and under the sill of the patio door above that wall area.

Just like sealing the hole in the row boat was the way to not land up treading water in the middle of lake, correcting the three, easy to observe, easy to correct would have corrected the CAUSE of the mold. $7,000 LATER AND THEY STILL HAD MOLD

The problem was that they had called a Dewatering company that sold interior french drains and exhaust fans, not mold experts who considered the cause and actual solutions to the cause and the mold.

You know that if you have a mold problem, your home is really a science experiment that resulted in the growth of mold. If the conditions are not changed in an experiment, you will get the same results.

The conclusion of this story: Looking at mold is not enough. Hire experts trained to consider the source of mold and how to correct the mold and the source, and fix the boat instead of taking a paper cup.