Sometimes things are not as bad as they seem, and well, other times they are worse.

The Homeowner Knew The Basement Had Mold, and Did Not Know They Had a Sewage Contamination 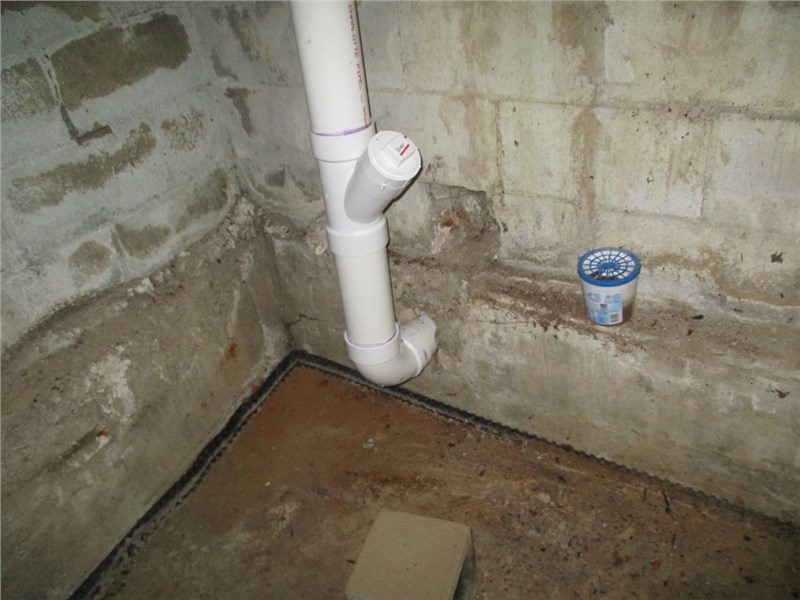 When we perform mold remediation, safety and preventing the return of mold are very important.

Understanding and correcting the cause of mold growth should be a part of the remediation process.

In that light, we become concerned about the water source that elevates the humidity, that makes the wood damp, and then the mold to grow. (Sounds like the nursery rhyme about the House That Jack Built, I will put a section of that ditty at the end of the blog?so you don’t scratch your head too much trying to remember that reference)

So, back to mold. In the picture, you can see that a leak came from the white pipe. Below the white pipe is a brown muck. That brown muck is coming from the pipe that takes sewage from the commode to the outside sewer. (I am trying to paint the mental image of raw sewage on the basement floor and maintain good taste)

The contamination from mold is also a sewage contamination in this instance. The hazard is that breathing in dust from the sewage can be a source of serious illness and disease. If this muck is swept with a broom or sweeper with a bag, the small viruses, bacteria and other contaminants become airborne. This is where a professional need to recognize that the muck is contaminated. It needs disinfected, contained and all of the contaminated particles including the very small organisms need removed without creating any dust. Most importantly, the workers performing the work need to have and properly use PPE (Personal Protection Equipment)

According to WHO (World Health Organization) Life-threatening human pathogens carried by sewage include cholera, typhoid and dysentery. Other diseases resulting from sewage contamination schistosomiasis, hepatitis A, intestinal nematode infections, and numerous others.

The homeowner in this instance did not recognize that the white pipe leaking was both contaminated sewage and moisture in the basement. This is another time that consulting with a professional instead of a DIY mold cleanup wise a very wise move for the health of the family living in this home.

THE HOUSE THAT JACK BUILT

That belonged to the farmer sowing his corn

That kept the rooster that crowed in the morn

That woke the judge all shaven and shorn

That married the man all tattered and torn

That kissed the maiden all forlorn

That milked the cow with the crumpled horn

That tossed the dog that worried the cat

That killed the rat that ate the cheese

That lay in the house that Jack built.

Yes, it did drive me crazy to not remember the ditty and I asked my friend Google to help me out.